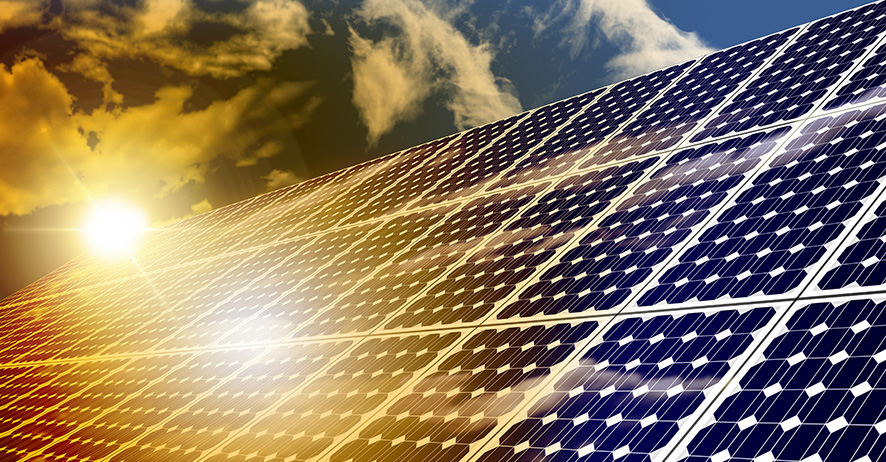 Overview of Energy Sector in India

India now ranks 6th in world energy consumption index. This is mainly due to the growing demand for energy, which is increasing at a whooping rate of 3.6% per annum over the past 30 years. According to power ministry, at the end of December 2012, the installed power generation capacity of India stood at 210951.72MW, while the per capita energy consumption stood at 733.54 KWh (2008-09). The total demand for electricity in India is expected to cross 950,000 MW by 2030. Two-thirds of rural India is still waiting to get electricity. The power generation mostly depends on thermal (coal, gas, oil) – 67%, hydro – 13.5%, nuclear – 2.1% and RES (Renewable Energy Sources)- 17.4%.

The level of carbon emissions is alarming, and India is considered to be the third largest emitter of greenhouse gases in the world. It is estimated that if India continues to use its current mix of fuel sources to achieve its energy needs, the impact on world environment would be devastating.

To address this grim situation, PM Modi has committed to install 175 GW of additional renewable capacity by 2022, of which 100 GW would be solar. Government is giving a subsidy of up to 70% for installing solar power panels. Large solar power farms are being set up for power generation across the country. As of 30 April 2017, the country’s solar grid had a cumulative capacity of 12.50 GW. India quadrupled its solar-generation capacity from 2,650 MW on 26 May 2014 to 12,289 MW on 31 March 2017. The average current price of solar electricity has dropped to 18% below the average price of its coal-fired counterpart.

Today, solar power must be directed to national grids for distribution. There is no off-grid mechanism to save on transmission cost and wastage. This also results in extra infrastructure set-ups and admin cost. The existing power grids are obsolete and not equipped to handle renewable energy very efficiently. India’s transmission losses were among the highest in the world, at about 27% in 2014. Solar farms depend on the ability to resell power to the public grid to maintain profitability – a benefit that’s not possible in off-grid settings. This also limits power distribution to rural areas that are not connected to power grid.

There is a serious need to look at alternatives like producing in-situ solar power and off grid distribution, on a small-scale basis to avoid wastage and to provide power to rural areas that are not connected to a central power grid.

In a country like India, where people in rural abodes are still deprived of electricity, solar power holds a lot of promise. Solar power is abundantly available and gives each household an opportunity to generate power of its own. This paves path for development of a self-sustained power generation capacity that has less reliance on a centralized framework.

A blockchain-enabled decentralized P2P micro power grid structure can bring together small groups of a community together, to buy/sell solar power for a price without directing power to a central grid. Photovoltaics systems installed on rooftops of various households in vicinity can be interconnected through the conventional power micro grid. The transactions will be managed and stored using a central blockchain connected to the grid.

The implementation of the idea would require smart meter technology and blockchain with inbuilt smart contract functionality. The smart meters will keep the record of energy produced at every point, and blockchain will record the transactions between various households and solar farm owners in a community set up. Blockchain powered micro grid will record data, transfer solar energy units in exchange of a digital-currency within a village or community based decentralized solar power microgrid. It can also facilitate “smart contracts” that triggers automatic payments and transfers between producers and consumers, as and when energy units are purchased or sold using redeemable digital tokens. Prices can fluctuate based on supply and demand to create a market-based clearing mechanism. With blockchain, a level playing field is created for producers, prosumers, and even for a single person with a single solar panel who wants to sell out the excess energy units produced. Such projects can be operated at a cooperative community level, with all the solar panel holders in vicinity as stakeholders.

1.Various solar panel owners located in vicinity or a small village can come together, form a consortium, be a part of micro-grid and release a digital currency for energy trading

2.The nodes on network can buy and sell less/excess energy units available across nodes for exchange of digital tokens

3.The expenses involved in setting up a distribution infrastructure across village can be addressed by inviting investment in form of equity holding and distributing stake in the form of cryptocurrency

4.Profitability can be ensured by setting up a real-time demand supply price mechanism for producers, prosumers, consumers and investors

5.Dividends can be triggered out in the form of digital tokens to investors wallet based on fulfilment of certain criteria

1.Boost to green energy: Rural parts of the country can set up a self-sustained power generation center and meet their electricity needs. Simultaneously, they can produce green energy, and reduce dependence of non-renewable and polluting energy sources

2.Disintermediation: A huge reduction in intermediaries like govt. departments, private companies, third parties managing distribution. The whole process of energy generation and distribution will become more direct between suppliers and consumers that requires minimum human interference. For instance, a consumer can directly enter in a contract with power generating company. There is no need of agents to keep track of meter reading, unit consumption, and previous months reading, calculating bills and sending across to customer. A customer can have a real-time visualization on his energy consumption and how he is being charged.

3.Low Cost: Lower transaction costs due to the cutting out of intermediaries, and decline in energy prices because of greater market transparency

4.Level playing fields in energy market: Flexible products (tariffs) and supplier switching. Empowering of prosumers due to freeing up from central authority (direct purchases/sales of energy)

5.Permanent Log of activities: There are no extra efforts needed to capture the transactions between various entities. Each activity of nodes connected on blockchain is recorded in a chronological order for reference.

6.Error free: The dealings and invoice generation will be completely transparent and automated. This brings down the administration and dispute handling time and cost. Blockchain wipes out the chances of any error or manipulation to bill amount.

The effort is in very early stages of development and being tested on a very small scale. Going forward, the private energy players in the country would want to capitalize on the opportunity by providing essential infrastructure like micro grids, smart meters and a blockchain platform, and act as an aggregator to bring all energy producing points in a village or a community together. The move would promote competitive pricing and make energy more accessible for everyone in the country.