Supervision is the Executive Branch

The executive branch is the part of government that enforces law and has responsibility for the governance of a state. Source: Wikipedia, lemma Executive (government)

This article will elaborate more on the role and responsibilities of the supervisor in a distributed component-based system.


Role & Responsibilities of a Supervisor 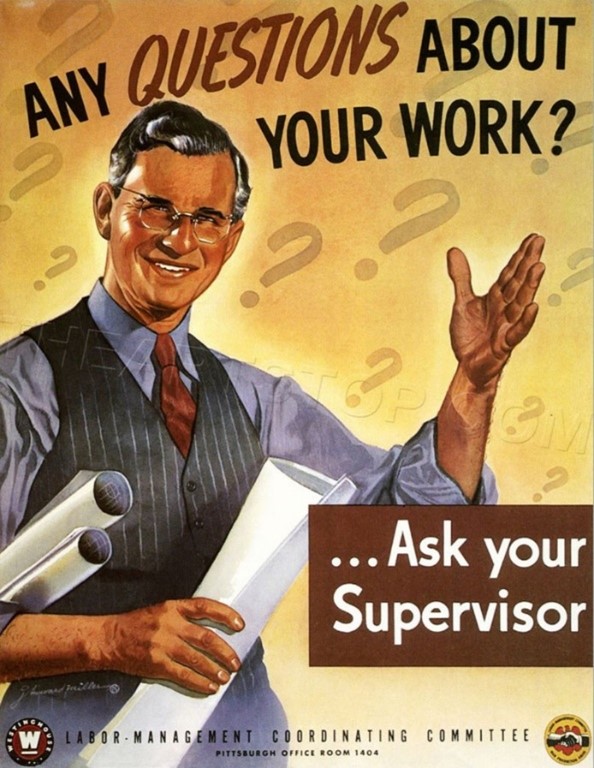 The concept of a software application does not apply to a distributed system. It is not a single installable object, it is not managed as a single process at runtime, and it is neither built nor maintained as one whole. So, when viewed from the inside (i.e. the design, build and maintain perspectives), a distributed system is truly distributed. But when viewed from the outside (the use perspective), the distributed system acts as an application or a product, with an application owner (or a product owner), a feature backlog, business users, etc. For the outsiders, the system has an identity as one whole, e.g., "Card Checking is down".

The supervisor of a distributed system acts as a representative of that system, in other words, it is the application. To put it more mildly, the supervisor is the only component that has at least some notion of the concept of an application. This comes with a significant number of responsibilities. Let's review these now.

The supervisor ensures that there is some level of oversight and awareness over the total set of components that comprise an application.

As Nicolai Josuttis said, back in 2007: The danger with distributed systems is that any one component can break the whole system. It is the responsibility of the supervisor to avoid this scenario.

Supervisor is the job title of a lower-level management position primarily based on authority over workers or the workplace. A supervisor is first and foremost an overseer whose main responsibility is to ensure that a group of subordinates gets out the assigned amount of production when they are supposed to do it and within acceptable levels of quality, costs, and safety.

Finally, the supervisor itself is observable, and it shares its observations on the metrics channel. One can argue that the supervisor also observes, as it receives exceptions from the service components.


Interpretation of the topology

A distributed system is not simply a group of components that operate in splendid isolation. Instead, events are passed from one component to the next to trigger work in that subsequent component (supposedly, this is the essence of an event-driven architecture). In Figure 1 above, the arrows flowing from service 1 to service 2 and from service 2 to service 3 represent this event passing. How events flow from one component to another, for all components combined, defines the topology of the application.

Initially, the supervisor is not associated with any of the components mentioned in the topology. The application is not quite ready to run yet, because the topology has not been realized. In fact, it is not even clear where these components are supposed to reside. The decision of component placement is best delegated to a utility that is not part of the application itself.

With registration in place, a component can discover the control interface of the supervisor and announce its presence to that interface. The response to an announcement is either an acknowledgement of success or failure ("go away, I did not expect you here").

In its supervisory role, controlling the application components is a primary responsibility of the supervisor. Some areas of control include:

The supervisor is in control of the creation of communication channels. Depending on the choice of messaging infrastructure, channels are created either centrally or distributed. While a distributed messaging infrastructure is preferrable, it comes at the cost of deploying message brokers alongside each component of the application. A centralized message broker is simpler to deploy and simpler to control, though it is potentially a throughput bottleneck and a bandwidth hog.

Because the supervisor holds a certain amount of state about the application, it should be expected that changes in state are observable from the outside. In addition, detailed application information, such as its deployed topology, should be made available through an API.

The supervisor is the entry point for external control, as detailed in the section "Control plane setup" above.


Resilience of the Supervisor


Scalability & performance of the Supervisor

The supervisor operates in the control plane of a distributed system, not in the data plane. There are no high-volume message flows through the supervisor, only small snippets of control. Hence, the supervisor does not need significant scalability in its design, only resilience.

There are two schools of thought on distributed system security. One is to say that all parts of a distributed system live behind the firewall hence they are all trusted. Any interaction with the outside world is via an API, and an API gateway handles trust. The other school of thought says that there is no implicit trust anywhere. That is the zero-trust doctrine, which is the trending doctrine of this season.

Using the exception channel and the control channel, the supervisor closes a tight control loop. This loop is completely contained within the application boundary.

A second control loop exists, based on monitoring and managing the application from the outside. This loop is based on the notion of observability and controllability at the application level, and the loop is closed using an external system.

Mphasis positions its Smart Control Tower as that system. However, the observability of the application, and the role of an observer, has not been discussed thus far; an upcoming article will close that gap.

In this paper, the role of a supervisor in a distributed system is elaborated. As a reader, you may conclude that the supervisor is too complex, has too many responsibilities. This has a reason.